Everyday our enthusiasm for light is reflected in our projects and in the uniqueness of our company, with its lighting design, product development, research department and its own academy – the Bartenbach academy.

We love working with light and sharing our passion for light with others, and we would like to pass on our comprehensive knowledge of light. To use our own wealth of experience to promote an awareness of light and its effects on society is the real idea behind the Bartenbach academy.

In 2003, with the establishment of the Master of Light and Lighting degree (MLL), we launched a programme for the study of light and laid the foundation for comprehensive training in lighting design.

Since 2014 we have focused on tailor-made lighting seminars for our partners and customers. In the unique learning environment of the World of Light we offer a variety of events, such as basic and advanced seminars on the subject of light, daylighting workshops in the Artificial Sky, tours of the World of Light and space for experiments.

We also encourage young people who are interested in light:

Every year we organise a University Symposium. At this 2-day event students can gain insight into the World of Light, free of charge. We also promote Building with Daylighting as part of our academic courses.

“Light is the medium of vision and of the soul. It affects the rhythm of our lives, our mood and our productivity. Proper lighting in the workplace invigorates us. Darkness in public spaces makes people uneasy, whereas light creates a feeling of security. The interaction between light and shadows brings architecture to life. Light accentuates and shows us the way forward. I’ve been working with the fascinating phenomenon of light for over 40 years. It requires professionalism and passion, and combines the fundamentals of physics and technology with a knowledge of perceptual psychology and a passion and talent for design. All this comes together in the professional field of lighting design.”

Make living spaces more functional with light. Enable people to pursue work and leisure in an energetic and balanced way. Use light to promote the beauty of exhibits, products, buildings and squares.

Use light to provide orientation and protection. Flood shaded areas with sunlight while economically controlling the temperature. Lighting design focuses on people and their individual needs. At the Bartenbach academy, our goal is to understand the different ways light affects people in order to implement tailored natural and artificial lighting solutions.

Within the framework of our courses, participants have an opportunity to get to know more about a variety of lighting topics.

These courses are currently on offer:

LIGHTING SEMINARS for architects
Individually designed lighting seminars at the Bartenbach academy teach both the technical and physical basics as well as design and aspects of perception psychology. Our aim is to create a deeper understanding of the design of lighting and spatial environments for people. The main topics of these seminars are: Building with Daylighting, Designing with Artificial Light, LED Technology, Light and Health, Light and Surfaces.

UNIVERSITY COURSES
The Bartenbach academy is closely linked to universities through the offering of numerous courses. Knowledge of lighting is incorporated into courses of study such as architecture and design.

UNIVERSITY SYMPOSIUM
Students can gain insights into the World of Light at Bartenbach academy's University Symposium or in courses at various universities.

LIGHT ON! Theme day for architects
Groups of architects can spend a day getting inspired at the Bartenbach academy's World of Light. Individual programmes are available.

In a workshop in the Artificial Sky, light can be SEEN, MEASURED and EXPLORED.

Studies of materials directly show the interaction of light and surface.
Daylighting as a design parameter creates a comfortable atmosphere and spatial quality. Experimental model studies allow for the optimisation of the design process using simple methods.

Whether as part of a Light on! day or upon request, we offer architectural firms the opportunity to make use of the unique Artificial Sky. Daylight can thus be incorporated into the design process, the creation of different daylight atmospheres can be modelled and tested, and measurements of natural light availability can be made.

In the Artificial Sky models can be shown and examined under all conceivable daylight situations. The natural conditions of the sky can be perfectly simulated in terms of brightness, light distribution, colour temperature and sunlight.

The Bartenbach academy sees itself as a platform for experiments that are separate from everyday project work. In teaching, the first step is to focus on “building with daylight”. Project work by students at the Bartenbach academy illustrates the design potential of light and visualises various daylight atmospheres. 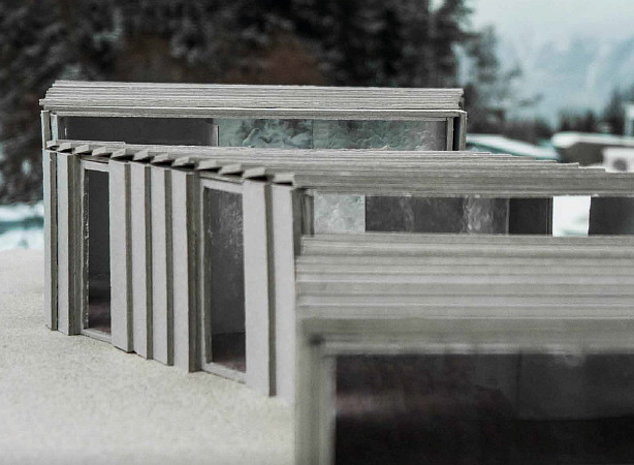 “After decades of tirelessly pursuing and investigating the phenomenon of light and lighting design, of intense reflection and passionate work as a lecturer and guest professor, founding the academy and thus laying the foundation for a comprehensive university-level education surrounding all aspects of light was far more than just a mere wish.”

2004
The University Symposium is launched: A free, inter-university course aimed at students of numerous architecture and design faculties.

2014
Christian Bartenbach takes over the Bartenbach academy from his father. The focus is on tailor-made, part-time light seminars and a unique light exhibition: the World of Light.

2015
The opening of the World of Light: Christian Bartenbach expands the Bartenbach academy with the World of  Light – a light exhibition with lighting models and full-scale lighted spaces. Knowledge of lighting is put into practice!

Bartenbach was founded in 1976 and since then has been active as a manufacturer-independent lighting design office in Aldrans, Austria. The highly specialised family business has become the world market leader for lighting design and lighting solutions. To date, more than 10,000 projects have been realized worldwide.

You will find an excerpt of the most important projects and more information about the company in the following link.